Every part of Sri Lanka is at least exposed to one of the natural disasters, be it a flood, landslide, cyclone, Tsunami, and if not to drought. In the recent past, there is a trend of increasing number of flood and landslide disaster events and their severity with the time. In Sri Lanka, the data between 1990 and 2011 indicates this trend particularly after 2003 (DMC 2012).

A number of deaths, causalities, and the damage caused by floods and landslides have sharply been increasing as obvious from the past few years. It is related to not only the increasing frequency and severity of the floods and landslides but also the higher exposure of people and infrastructure to disasters with unplanned human settlements and infrastructure, people living in highly vulnerable areas in a rapid urbanising Sri Lankan context.

Floods are the most frequent and annually recurrent disaster in Sri Lanka and only a few areas in Sri Lanka can be called entirely flood-free. The highest number of flood events were reported from high rainfall areas; Ratnapura and Kalutara since 1999 (DMC 2012). Most of the floods in Sri Lanka are flash floods and riverine floods. Although there is enough lead time to issue an early warning for evacuation of the population in times of riverine floods, flash floods arrive with little warning and become destructive.

The occurrence of landslides and their reactivation have become a frequent phenomenon in the hill country causing severe damages to life and property. The Hazard Profile of Sri Lanka (DMC 2012) identifies nearly 13,000 km2 (20% area of the country) in ten administrative districts of Sri Lanka are considered to be landslide prone. These districts include Badulla, Nuwara Eliya, Matale, Kandy, Kegalle, Ratnapura, Kalutara, Galle, Matara, and Hambanthota. 19% of Badulla, 10% of Kalutara, 27% of Kandy, 36% of Kegalle, 12% of Matale, 22% of Nuwara Eliya, and 34% of Ratnapura land area are demarcated as hazardous area in the Landslide Hazard Zonation mapping in the central highlands of Sri Lanka (DMC 2012 Hazard profile). The above area is categorised as landslides are most likely to occur, and the higher level of threat to life and property exists, where no new constructions should be permitted.

Additions to the existing structures may be allowed only after thorough site investigation by the specialists. Records of National Building Research Organization (NBRO) highlights that between 1975 and 2000, Sri Lanka witnessed disastrous landslides almost every year killing over 108 people in 24 fatal landslides. However, landslides in Sri Lanka in the last few years were disastrous, claimed more than 100 lives in one incident. 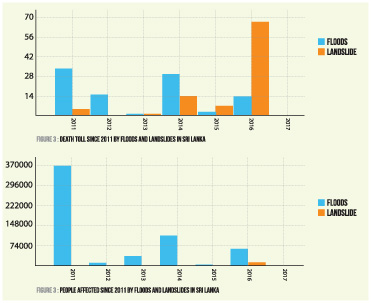 The deadly landslide hit the Meeriyabedda tea plantation in Haldummulla, Badulla in September 2014, followed by another deadliest landslide in Aranayake in May 2016 ploughed the entire village, killing 100 people and leaving another 100 missing. We are now witnessing the third surge of deadliest landslide since 2014 during South-West monsoon consecutively. Generally, there are three broad approaches to encounter floods and landslides: Prevention, Mitigation, and Preparedness. For the flood protection and flood risk reduction measures, it is either the floods to be prevented from reaching people or people need to be removed from floods. When both options fail, preparedness becomes the only option.

However, flood protection measures in rapidly urbanising countries like Sri Lanka, which are largely structural measures are not simple to get them done than said, because of many factors of sustainability, cost-benefits, and environmental implications need to be duly considered.

Therefore, we need to resort to flood risk management with very high importance to preparedness measures. Are we equipped with enough flood preparedness mechanisms at local authority level? Do our people and village based organisations from the areas exposed to floods, have enough resources to respond in such calamities? People and community-based organisations are the first respondents to disasters, and they naturally come together leaving differences to take control of the situation, but often the severity of the disaster overwhelm their capacity to effectively manage the situation, hence demanding a timely multi-stakeholder response.

In order to reduce the risk of landslides, proper planning of human settlements, new infrastructure, and other development activities have been sought in the disaster risk reduction plans of the landslide prone areas. Existing guidelines needed to be strictly adhered to, when any development is planned within each landslide hazard zone, supported by the existing landslide hazard zonation maps to start with.

In the midst of many disaster risk reduction initiatives island-wide, are we still prepared enough to face the enormous challenges created by climate change and disasters? Are development plans climate smart and disaster risk-sensitive? Has Sri Lanka done sufficient investment to enforce the integration of disaster and climate risks in development activities amidst the boost of multimillion dollar development projects across the island? Do we have policy lags for promoting and enforcing risk-sensitive development planning and implementation? Can we be satisfied with our national and local policy makers and local authorities in terms of proper risk-sensitive development planning? Do our public care about what is happening in their surrounding or what they are doing on their own – that do not lead to disasters and contribute negatively to climate change? Public also need to take responsibility for risk-informed development along with the local authorities.

The change cannot be expected only from the national and local policy makers, but we as citizens of this country need to take responsibility and leading role in solving our own problem, rather than just contemplating in the blaming game and finger point everything to authorities. The public can make the authorities work in the right path if due pressure given on the right time, at the right place.

We have much more crises in the pipeline to solve, drought and chronic kidney diseases in addition to completely human-made waste disposal disasters, as recently seen in the Meethotamulla garbage dump collapse. Every year we have many unfortunate stories and current disaster situation is another reminder of Sri Lankan society’s tragic loss, without forgetting the losses and remnants due to three decades of war. Let us pray the floods and landslides wash away our differences, not our lives and belongings.

Floods and landslide never see the difference of race, ethnicity, caste, culture, economic status, and colour of people. Time has come to work together, building trust among the communities, and with the state and local authorities, so that a conducive environment exist for multi-stakeholder collaboration to build a safer Sri Lanka.

(The writer is a PhD Scholar on disaster resilience, QUT, Brisbane) 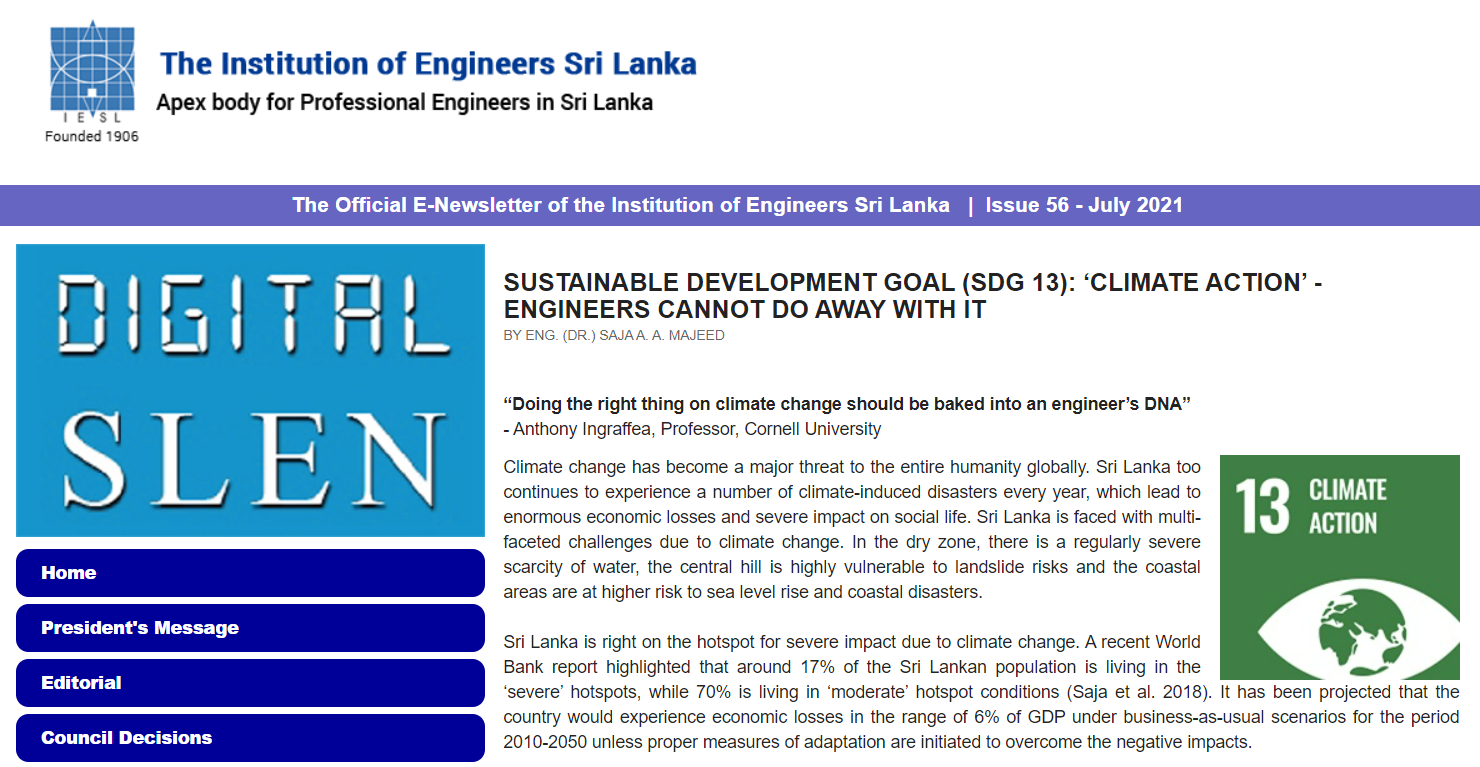 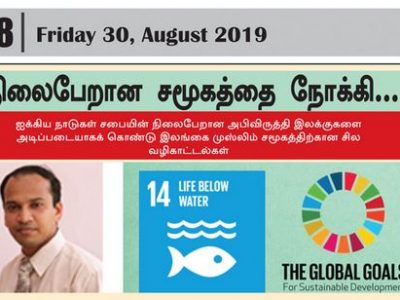